Making blood when a key ingredient is missing 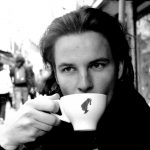 A number of transcription factors are required for orchestrated blood development. Many of these factors are conserved between teleosts, such as zebrafish, and mammals. Two such proteins, GATA2 and RUNX1, play important roles in the specification of haemogenic endothelium and haematopoietic stem cells. Runx1-/- mice lack definitive haematopoiesis and are unable to survive beyond mid-gestation (Okuda et al., 1996), highlighting the seemingly critical role of this gene in survival. However, somewhat remarkably, Sood et al. previously reported that a subset of runx1 mutant zebrafish do undergo definitive haematopoiesis following an initial bloodless phase, and subsequently survive (Sood et al., 2010). A new preprint by the same group now shines light on the mechanism responsible for this runx1-independent formation of haematopoietic stem cells (HSCs).

Runx1 zebrafish mutants are able to survive to adulthood

In their previous work, the Liu group utilised a runx1W84X mutant, resulting in the formation of a RUNX1 protein possessing a truncated Runt domain (Jin et al., 2009; Sood et al., 2010). However, since runx1W84X mRNA was still detected in these zebrafish, to exclude the possibility of functional RUNX1 production, the authors generated three new runx1 mutant zebrafish lines, one of which was found to lack full-length runx1 mRNA. Strikingly, the homozygous runx1 mutants showed an 8-11% survival rate to adulthood, demonstrating that although the survival rate is lower than expected by Mendelian inheritance, a significant proportion of runx1 null embryos live beyond early development.

By using whole-mount in situ hybridisation to analyse the expression of particular HSC marker genes (c-myb, mpx, hbae1 and rag-1), it was demonstrated that runx1 mutants possessed a complete failure of definitive haematopoiesis between 3 and 5 dpf. Following the disappearance of primitive blood cells, runx1 mutant larvae then underwent a bloodless phase, before circulating blood cells were found to re-appear between 16 and 20 dpf. These data, in addition to flow cytometric analyses indicating an increase in the HSC population from 17 dpf onwards suggested that a runx1-independent mechanism of HSC formation occurs, at least in zebrafish.

To address the question of whether HSCs do form in runx1 mutants, Bresciani and colleagues took advantage of cd41, a marker expressed at high levels on the cell-surface of thrombocytes and at lower levels on HSCs. By analysing the expression level and location of GFP in transgenic runx1del8/del8; Tg(cd41:GFP); Tg(kdrl:mCherry) embryos, the authors found cd41:GFP+ mCherry+ cells in the aorta of these fish. Importantly, these cells maintained typical HSC behaviour by colonizing the stem cell niche known as the caudal haematopoietic tissue, as determined by time-lapse confocal microscopy. Subsequent gene expression analyses of HSCs from wild-type and runx1 mutant embryos indicated that relatively few genes were differentially expressed between these cells. Together these data indicate that in runx1-/- zebrafish HSCs are able to form, and are highly similar in both nature and transcriptional profile when compared with HSCs in wild-type embryos.

A likely explanation for the capacity of HSC formation in the absence of runx1 is compensation by another transcription factor. Reasoning this, Bresciani et al. probed transcriptomic datasets they generated at 6, 10 and 16 dpf for genes whose expression was upregulated in HSCs of runx1-/- larvae. Importantly, gata2b was found to be the sole transcriptional regulator whose expression was upregulated at all larval time points investigated. Furthermore, gata2b expression was also elevated in the kidney marrow of runx1 mutant adults. Elegant additional experiments with runx1; gata2a; gata2b triple mutant lines elucidated that in the absence of at least 3 of the 4 gata2a/2b alleles, rescue of definitive haematopoiesis in runx1 mutants does not occur. This demonstrates for the first time the ability for GATA2 to act as a failsafe mechanism for making HSCs in the absence of RUNX1 and hence suggests the existence of redundancy between these two genes.

This preprint not only provides an explanation to an important question in the zebrafish developmental haematopoiesis field, namely how it is possible for runx1 mutants to still make HSCs, but also shows that the mechanism by which this occurs is likely conserved in mammals as suggested by increased gata2 expression in c-kit+ HSCs of runx1-/- mice.

Runx1 mutations are frequently found in patients with acute myeloid leukaemia (Gaidzik et al., 2016) and hence, by uncovering how runx1-independent haematopoiesis takes place, this study may contribute to the development of therapeutics for such patients.

It is intriguing that the expression of other genes encoding transcription factors such as klf2a and klf6a are, in addition to gata2b, also upregulated in runx1del8/del8 HSCs, at least at some of the time points analysed. Since previous work has shown that these genes play important roles in definitive haematopoiesis, do you think they may also be critical for the formation and/or survival of blood stem cells in runx1 mutants?

The upregulation of klf2a and klf6a at some time points is indeed very interesting and we cannot exclude the possibility that these genes also play a role during the hematopoietic recovery of the runx1 mutants. However, they were not overexpressed in adult runx1 mutant kidney marrow, like gata2b. Binding sites for RUNX1 and GATA2 are found on a number of hematopoietic genes, and RUNX1 and GATA2 transcription factors have been shown to regulate genes considered critical for HSC.

Overall, our new runx1 KO lines offer unique opportunities to explore the potential contribution of other transcription factors in establishing runx1 independent hematopoiesis. We will continue our work on these mutants and we hope that they will be a useful resource for hematopoiesis research and for the zebrafish community.

Since GATA2 is able to compensate for runx1 loss, it is intriguing that fewer runx1 mutant embryos than expected by Mendelian ratio survive to adulthood. Do you have an explanation for this? Could it, for example, be a question of reduced fitness in these fish due to the general delay in definitive haematopoiesis?

We observe that about 60% of the runx1 mutant larvae die during the bloodless stages, before the runx1-independent hematopoiesis is established. This is a highly stressful time window and environmental factors may positively or negatively impact the survival of the runx1 mutant larvae. It is interesting to note that we don’t observe a better survival when we in-cross runx1 mutants that have reached adulthood, suggesting that the reduced survival is stochastic and not determined by a genetic factor that confers an advantage to some individuals.