It’s getting hot in here: single cell sequencing reveals new insights into the role of the immune system in white adipocyte beiging & thermogenesis 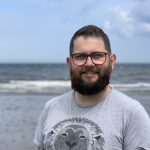 With the global increase in obesity levels, there is increased interest in the mechanisms by which WAT can acquire a beige phenotype, as this may open an avenue to the development of new therapeutics for weight loss. It appears that the beiging process is tightly controlled by the immune system3–5. In particular, it is regulated by interleukin 10 (IL-10), which blocks b-adrenergic signalling and beiging, through antagonism of IL-10 receptor subunit alpha (IL10RA)6. However, it was not clear whether IL-10 is specifically targeting adipocytes or other cell types.

Loss of adipocyte IL10RA protects against obesity and promotes thermogenesis

The authors show that adipocyte-specific deletion of IL10RA decreases adipose mass and concurrently increase lean mass in mice. This was not an effect of increased activity or decreased food intake. When placed on a high fat diet (HFD), the knockout mice were resistant to development of obesity. Furthermore, upon cold exposure, or administration of a b-adrenergic agonist, IL10RA knockout mice were able to upregulate genes associated with thermogenesis.

To identify populations of thermogenic adipocytes in inguinal WAT (iWAT), the authors developed a single nucleus adipocyte RNA sequencing (SNAP-seq) protocol to overcome the difficulties of using lipid-laden cells. Following 24 hours of cold exposure, the authors were able to identify 14 distinct clusters in iWAT, all of which contained mature adipocyte markers (including Fabp4 and Cd36). Of these clusters, one, termed Type 9, was enriched for numerous genes related to fatty acid metabolism and thermogenesis, suggesting that they may display a beige phenotype.

Mice were cold exposed for 24, 48 and 96 hours, or received a b-adrenergic agonist administration for 4 days. The authors then used SNAP-seq to analyse the iWAT depot and, performed pathway enrichment analysis. In the Type 9 cluster, they identified pathways associated with fatty acid metabolic processes and PPAR signalling, which were not enriched in other clusters. They also identified upregulation of a number of genes, including Ucp1, Ppargc1a, and Cidea, which are signatures of bona-fide thermogenic adipocytes.

The wide-ranging transcriptional gene signatures and pathway enrichments of the multiple clusters identified in SNAP-seq shows, in unprecedented detail, how varied the WAT adipocyte population is. It also demonstrates that IL-10 targets a distinct subpopulation of adipocytes, raising the possibility that distinct adipocyte populations have specialised functions.

The authors performed scRNA-seq of the iWAT stromal vascular fraction and found that b-adrenergic or cold stimulation resulted in upregulation of IL-10 transcripts in both B and T cell populations. This strongly suggests that these lymphocytes provide IL-10 to stimulate adipocyte IL10RA.

Importance of this preprint & why I chose it

This paper was of interest because it further shows how a tissue that was previously believed to be homogeneous and relatively inert is, in fact, highly dynamic and plastic. I chose it because the authors made great use of single cell sequencing technology to tease apart the cell populations residing in the iWAT depot, and to demonstrate the thermogenic response of a subset of cells.

Do you have any indications of the biological roles of the other 13 adipocytes in iWAT?

The transcriptional legacy of developmental stochasticity

Polypyrimidine Tract Binding Proteins are essential for B cell development